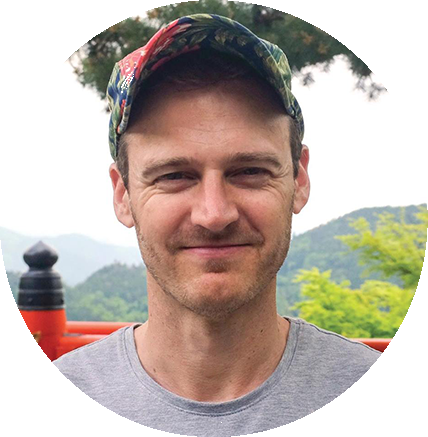 I run a team of remote workers providing branding and design services. I'm alternately based in Tokyo and Sydney.

My career began in 1997 answering phones at an ad agency in Sydney. I went on to lead the design department.

In 1999 I spent six weeks in Nepal and trekked through the Himalayas on the Annapurna trail.

In 2000 while at a conference in Hong Kong I was the target of an elaborate Blackjack scam.

In 2005 I enrolled in AWARD School, where I learnt to write ideas for advertising. I graduated as a top performer and went on to work as an art director for FNL.

In 2007 I returned to design, working at Jones Bay Wharf in one of Sydney's leading UX studios. After two years I began working freelance for Clemenger BBDO, Singleton Ogilvy and Mather, Massive, Razorfish, and Bauer Media.

In 2010 I relocated to Japan, where I spent 7 years working remotely. Recently I've been spending time in both Australia and Japan with my wife and son while running my business.

In 2014 I launched a font called Comic Neue, which was an instant internet sensation. It’s now available on Google Fonts.